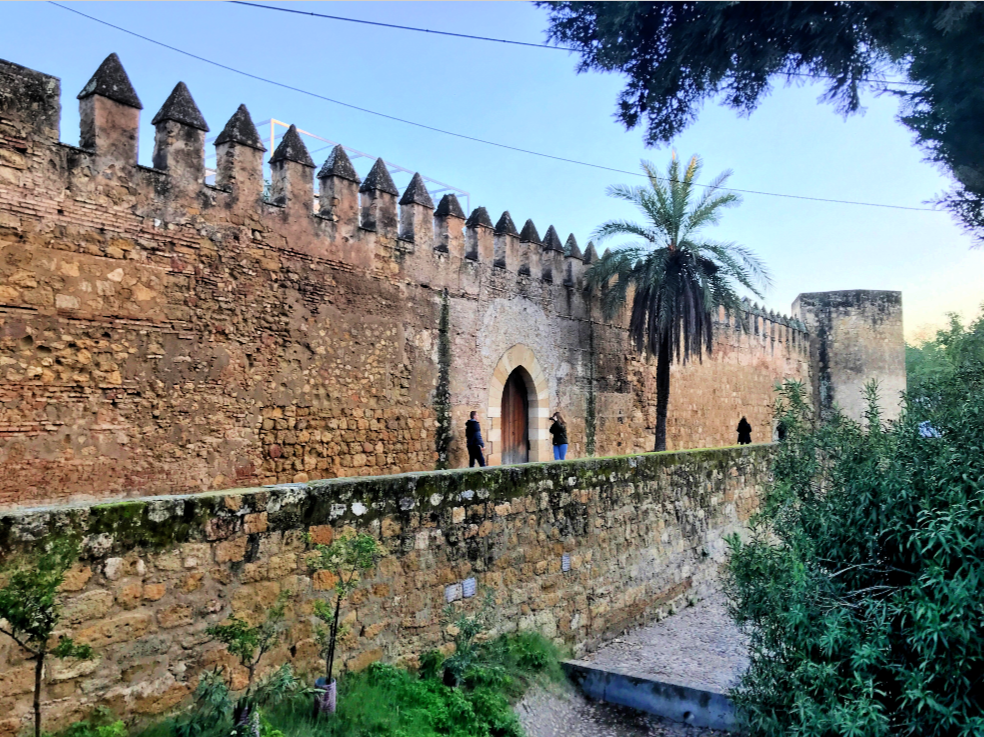 The majestic beauty of Córdoba

After spending the first part of Christmas in my hometown, it was time to meet my boyfriend and his crew to explore southern Spain. Our initial destination was beautiful Córdoba!

My Mum accompanied me on this trip from Irún to Majadahonda (a 5h car drive), after which we slept at my boyfriend’s family house. The next day, we hit the road again! After 4 hours, we arrived to Córdoba and met some family friends.
Our stay in the city was very short since we got there around lunch time (ie, late Spanish standard), had some quick snacks, visited the splendid Mosque-Cathedral of Córdoba and headed to our final stop: Priego de Córdoba.
But let’s focus on the magnificent Mosque. This is indeed one of the most beautiful and unique buildings in the world, since it houses both a Mosque and  a Cathedral. A world heritage site, the origin of this monument can be found in a small Visigoth church that originally stood on the site. In 784 Abd al-Rahman I ordered construction of the Great Mosque, which was considerably expanded by later Muslim rulers. Córdoba returned to Christian rule in 1236 during the Reconquista, and the building was converted to a Roman Catholic church, culminating in the insertion of a Renaissance cathedral nave in the 16th century. 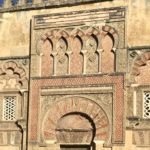 A side of the Mosque-Cathedral of Córdoba 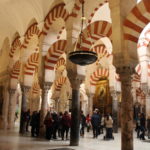 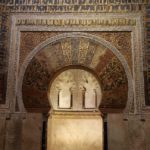 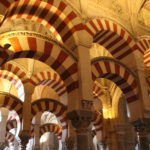 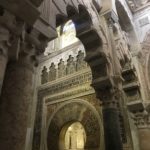 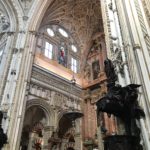 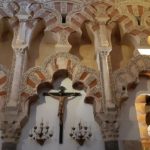 Another set of arches 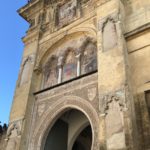 Exiting from the Bell Tower side

The main features of the fascinating Mosque include the peculiar mihrab (the shell-shaped prayer niche faces south and not Mecca) and the stunning red brick-and- white stone striped arches. Since we visited during the Christmas period, there was also a nice exhibition of nativity scenes.
I had actually visited Córdoba when I was a young kid and we used to spend our summer on a RV, but this time I realized how little I remembered. In any case, I love going back to various places for a second opinion!
Upon exiting the Mosque, we found ourselves in a big sunny courtyard called  ‘Patio de los Naranjos‘ (Orange Tree Patio). From this quiet space, you can admire the Bell Tower up close, which houses the old minaret. 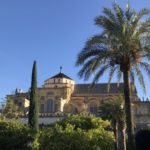 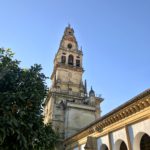 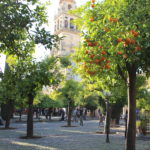 Orange trees with the Bell Tower in the background

On our way in and outside of Córdoba, we saw the Roman bridge and the Alcazar of the Christian Monarchs. Unfortunately, we didn’t have the time to visit those since we were in a rush to arrive to our final destination before dusk and we were a big group.
Finally, an interesting thing to be noted about Córdoba is not only the beauty of its monuments, but also of his patios (courtyards). These typically display colorful flowers in flowerpots. The best period to visit is in May, when the city organizes a festival to choose the most stunning ones. 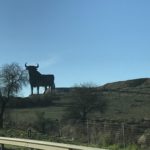 On our way to Córdoba (don’t be afraid of these bull signs on Spanish roads!) 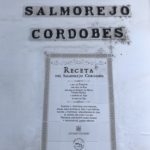 The recipe for the traditional salmorejo in case you were wondering… 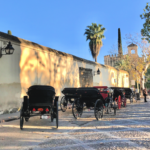 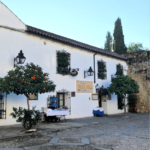 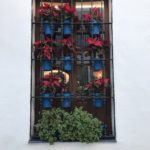 Colorful flowers hanging on a window 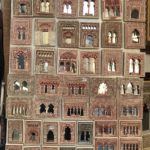 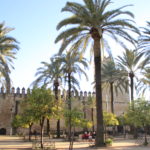 Outside the Royal Stables (Caballerizas Reales) 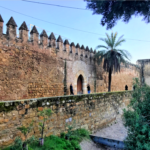 –Tips for the Mosque:

–Note to myself for the next visit: allow sufficient time to wander around the streets of Córdoba, enjoy some folklore at a tablao flamenco and stop by the Roman bridge, the Alcázar and the nearby archaeological site of Medina Azahara. 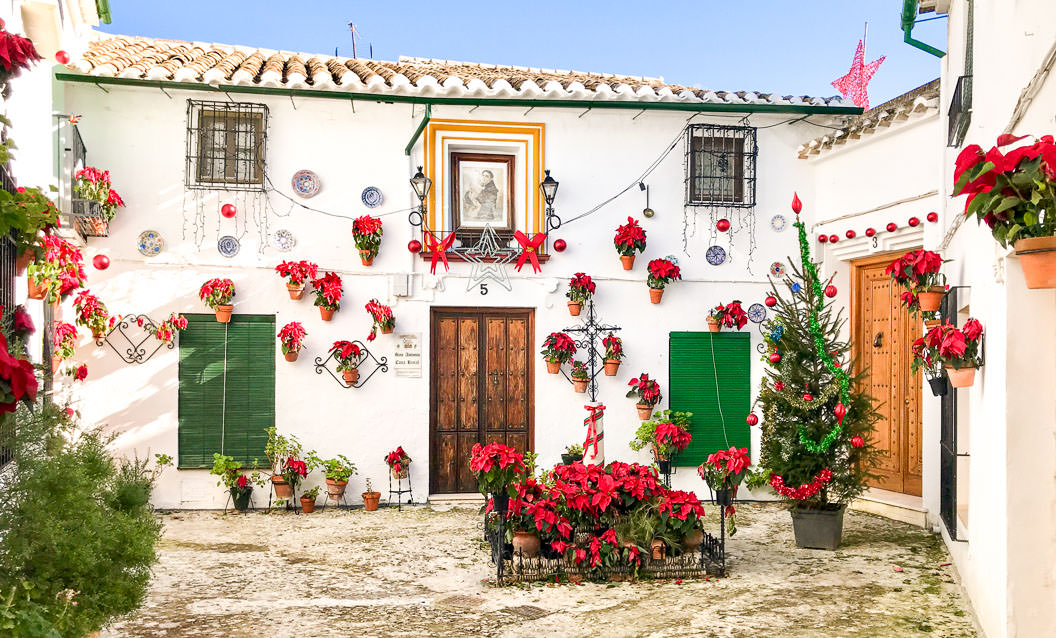