Mariela around the world

Around the world, Spain, Travel stories 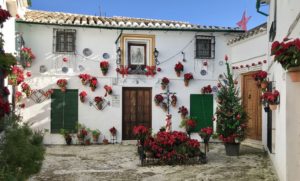 Following our quick tour of Córdoba, we drove to nearby Priego de Córdoba. I had no idea what this town would be like and I admit I was very nicely surprised by its historic monuments and excellent food.

Located roughly 1h15 away by car from Córdoba, Priego de Córdoba is a small town at the foot of fertile plains and under the shelter of the mountains of the Nature Reserve of the Sierras Subbéticas. Priego lies on the Route of the Caliphate, the European Cultural Itinerary that crosses Andalusia from Córdoba to Granada.
Upon arrival to our hotel in Priego (see trip details below), where we would spend New Year’s Eve, we met the whole family crew and we had a full immersion into the Andalusian vibes and way of life. A group was singing Christmas carols (flamenco style) and the atmosphere was so cheerful with kids and adults dancing and singing along. See by yourself!
During our first full day in Priego, we booked a guided tour for the whole group (we were 10). We started at the Townhall, which dates back to the 1950s and is built on what once was the Santa Clara Convent. We then headed to the Royal Butchery (Carnicerías Reales), a building which housed the slaughter house and market. Dating from the 16th century,  don´t miss the main patio and stone spiral staircase. The nearby Arab castle, once a military fortress, is on the main square. We also stopped at the peaceful garden known as Recreo de Castilla or Huerta de las Infantas for a break. 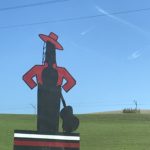 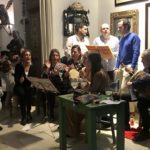 Christmas carol singing at the hotel 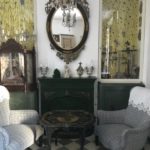 One of the elegant hotel corners 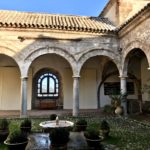 The main courtyard in the Royal Butchery 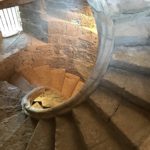 Spiral staircase in the Royal Butchery

The Arab castle of Priego 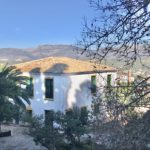 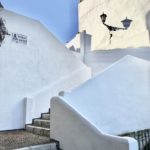 Interestingly, Priego de Córdoba features a monumental heritage due to the city’s long centuries of splendour thanks to the textile industry (especially the taffeta in the 17th century). That is why, this small town houses so many churches and religious buildings, mostly built in a lavish Baroque style (check out the following: la Asunción, la Aurora and San Francisco). 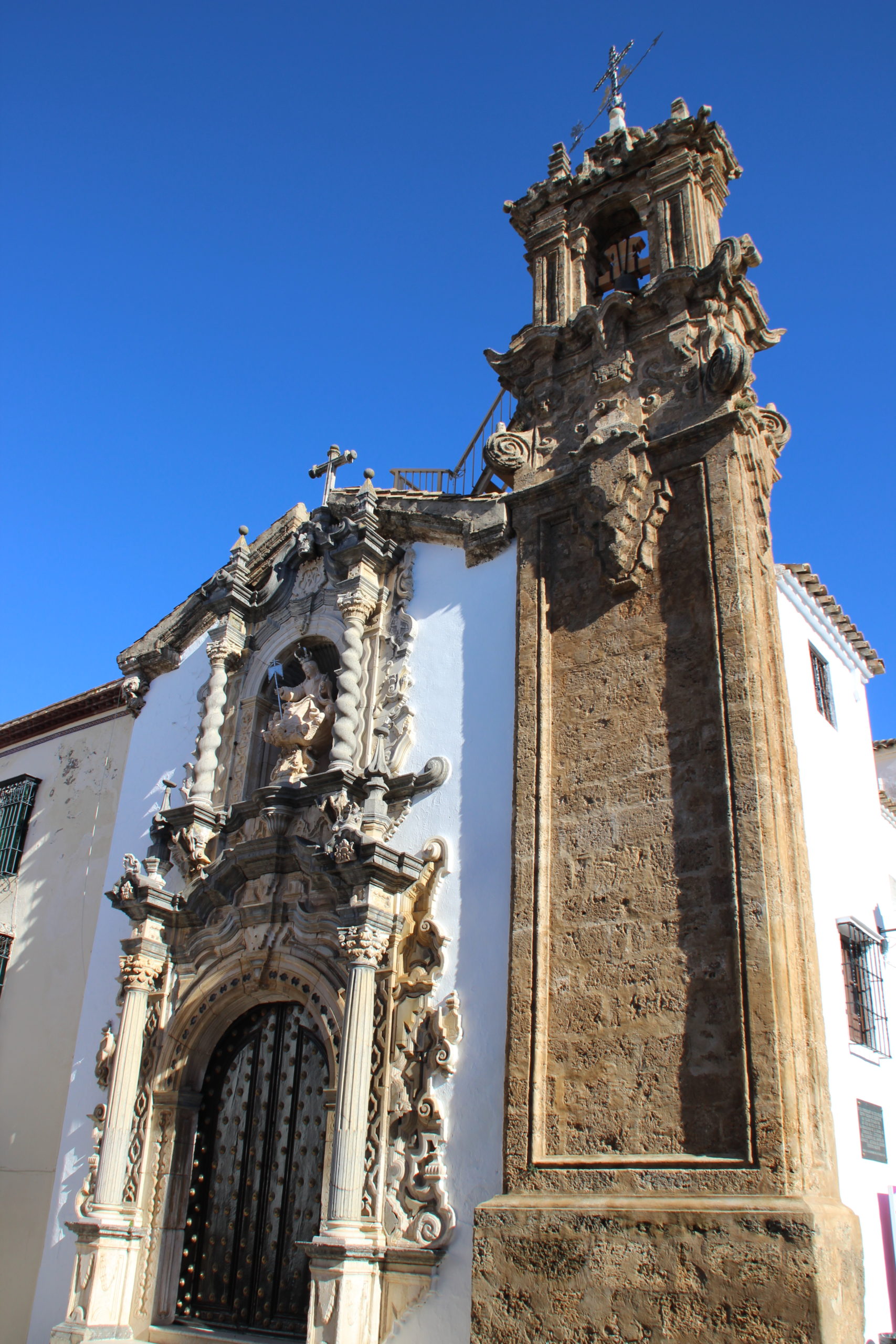 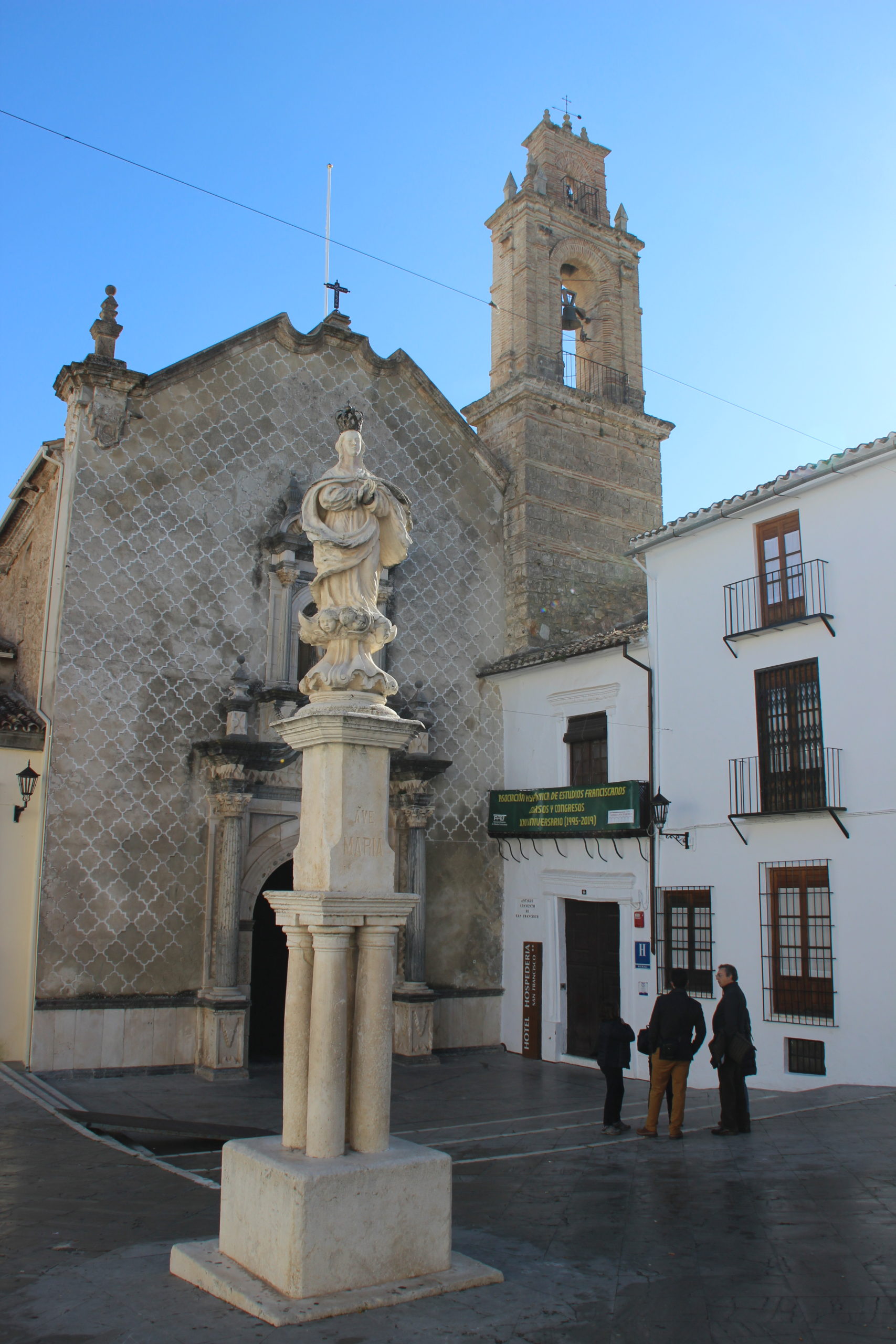 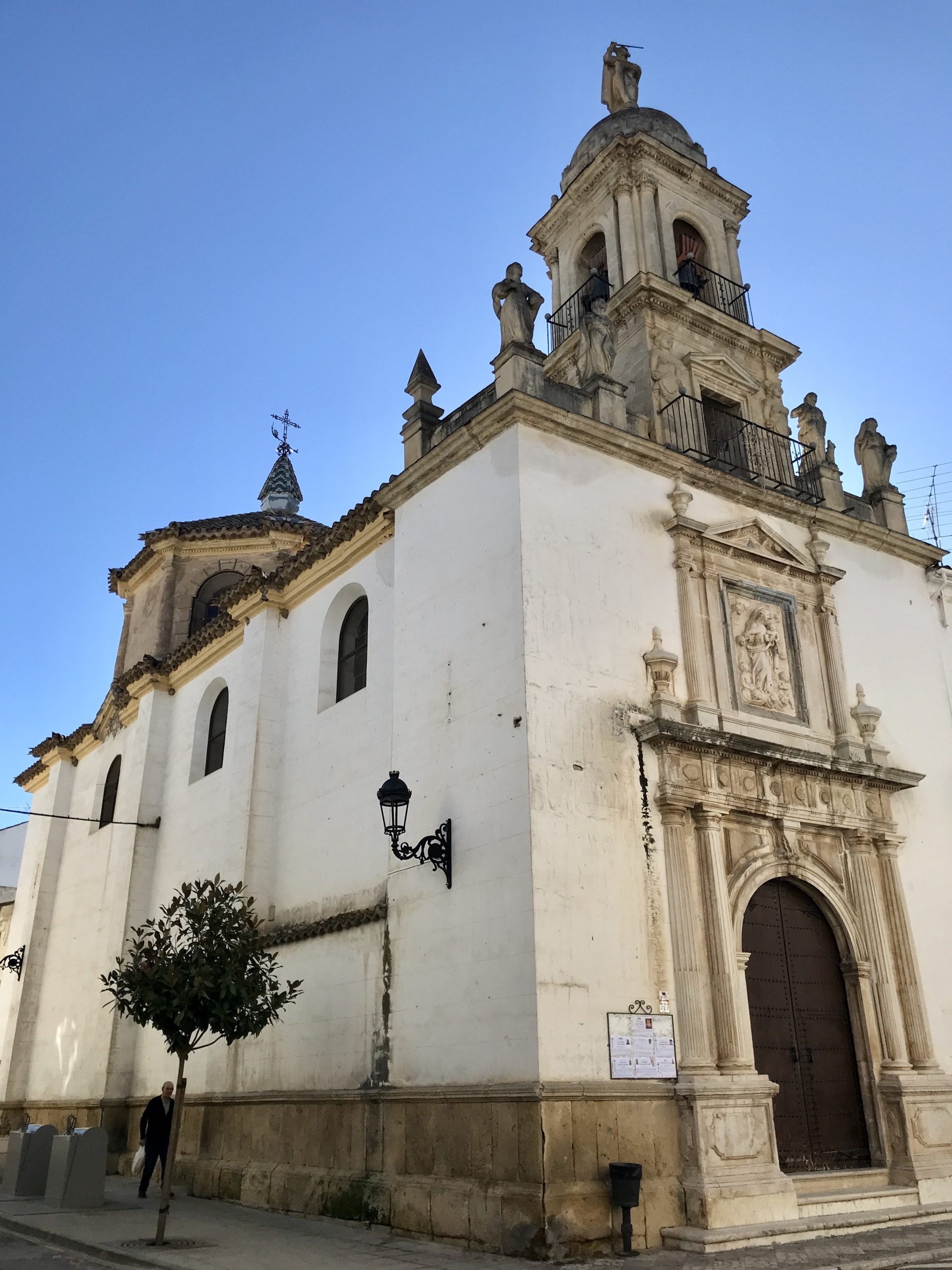 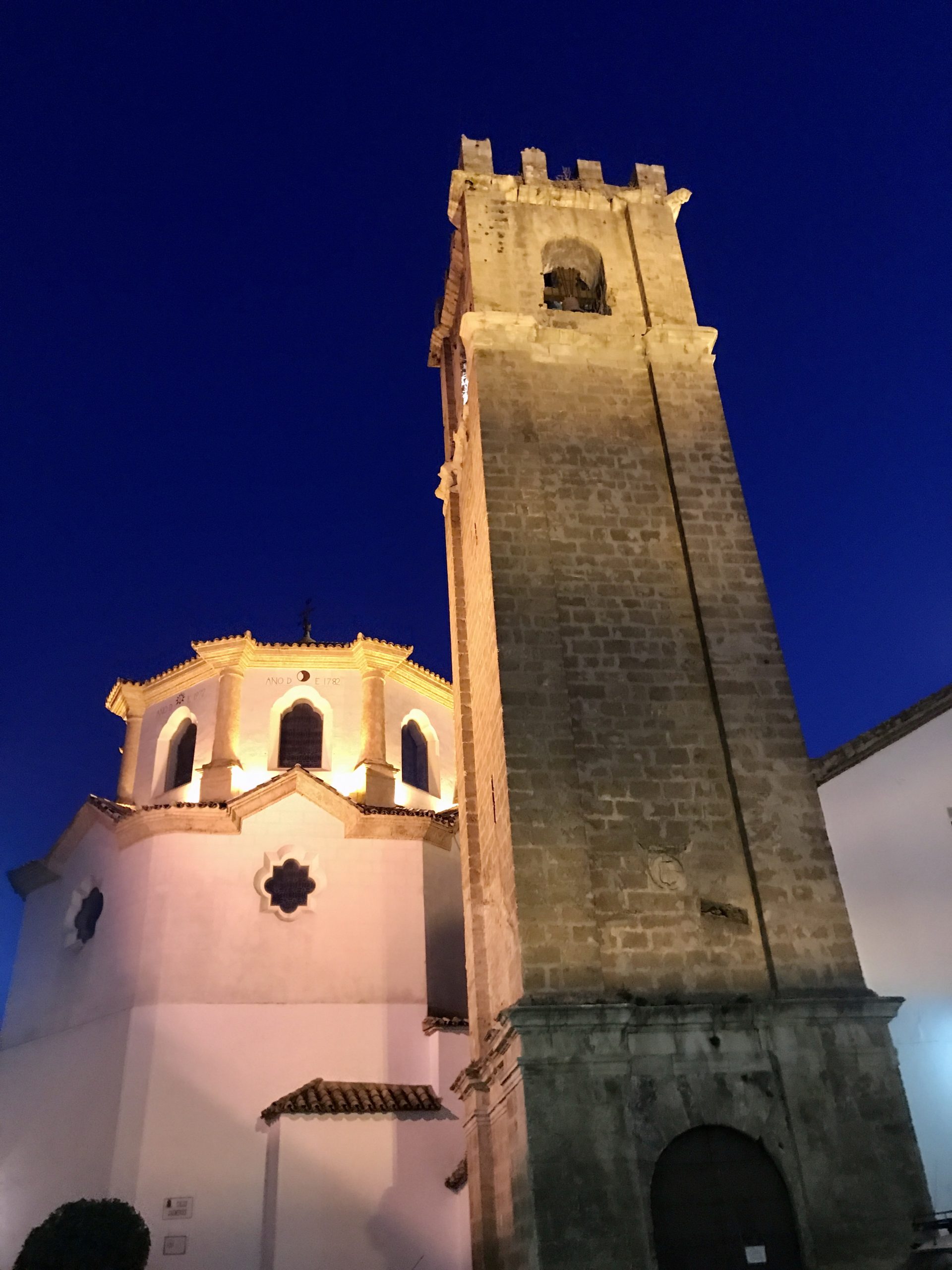 The church of Ntra. Sra. de la Asunción at night

After strolling around the picturesque old town (Barrio de la Villa) filled with narrow streets, white houses and colorful flowers and pots, we enjoyed the panoramic view of the surrounding countryside from the Balcón del Adarve. 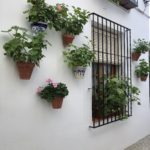 Pots around a window 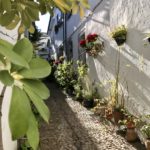 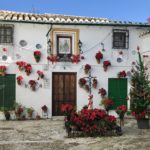 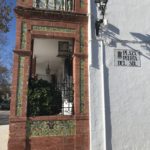 Bright tiles on a building

We finished our tour by walking through the park ‘Paseo de Colombia’, visiting the Museum-House of former President of the 2nd Spanish Republic, Niceto Alcalá-Zamora and admiring the King’s Fountain(Fuente del Rey). The latter was built in 1803 and is made up of three pools and 139 water spouts. The  nearby Fuente de la Salud is set to one side of the park and dates back to the 16th century. 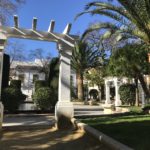 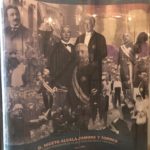 A portrait of Niceto Alcalá-Zamora, first President of the 2nd Spanish Republic 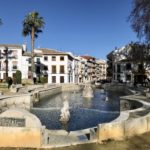 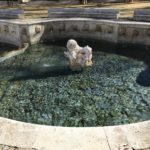 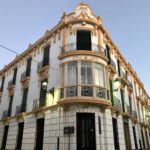 The gastronomy of Priego, featuring an excellent olive oil with its own Designation of Origin, deserves a special mention. Besides trying the local cuisine featuring first-class olive oil and Iberian ham, it is a great idea to visit an oil factory or a more traditional ‘almazara‘ (a word with Arabic origins meaning ‘place where it is expressed’). During our stay, we stopped by a family-owned oil company in Priego selling the Knolive and Hispasur brands. In 2017-2018, the Knolive extra virgin olive oil was awarded the first prize. Needless to say, we brought some oil bottles along ! 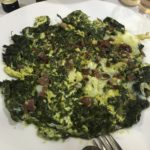 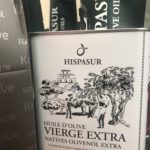 The Knolive brand is also processed in Priego

We also visited the nearby village of Rute, which is famous for its anisette distilleries. We didn’t get to see much except for the Machaquito distillery. 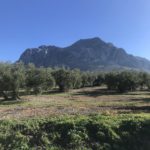 On our way to Rute 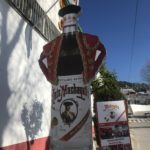 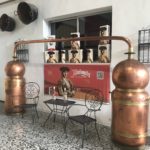 The Machaquito distillery in Rute

Trip details
–Accommodation: we stayed at the convenient Hotel-Museo Patria Chica in Priego. Just a 3-minute walk from the Townhall square, this hotel is located in a former noble house. Our room was spacious and modern although preserving the old essence. The hotel was rather small in terms of rooms but the staff was really friendly and made our stay memorable.The food was pretty good too: breakfast was included (it was delicious!), we had lunch there once and we enjoyed our dinner for New Year’s Eve at the hotel. The only downside was that most of the rooms faced the patio, which got noisy with visitors and guests sometimes .
–Bars & restaurants:
–Tips in Priego: if you’re interested in visiting several monuments, I recommend you buy a Tourist Pass (bono turístico). This will allow you to discover the main sites at a cheaper price.
–Information: in case you’d like to know more about what to do in Priego and the surrounding area, feel free to visit Spain Info, Lonely Planet, Trip Advisor or Spain Holiday.